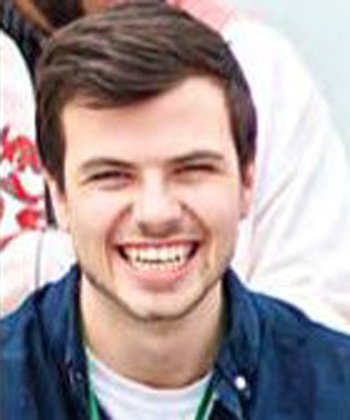 Stephen Fenn, a Bill 7 Award recipient in 2014, currently works as an intake coordinator for a mental health organization in the Greater Toronto Area. Here, Stephen reflects on the impact the Bill 7 scholarship has had on his academic studies and career development, and he emphasizes how important it is for LGBTQ post-secondary students to find a supportive community – in whatever shape it takes.

What's your connection to the Bill 7 awards?

The Bill 7 award was a major factor for me in terms of completing my education. I received the award in the fourth year of my undergraduate degree and with the support of the award I was able to work less and therefore dedicate more time to my studies. Because of this, I was able to get into the Masters of Social Work program with a focus on mental health at the University of Toronto. During this time, I completed my placement with the LGBTQ health team at the Sherbourne Health Centre as a mental health counsellor. In this role, I was able to work with the diversity of our communities to improve mental health. Since graduating, I have been working as an intake coordinator for a mental health organization in the GTA.

Why do you feel LGBTQ-specific scholarships, such as the Bill 7 Award, are particularly important?

Scholarships like the Bill 7 Award are crucial because LGBTQ youth and post-secondary students face a variety of hardships not experienced by the larger population. While we have come a long way towards acceptance for our communities, we still have a long way to go.

For students like myself who are from rural communities, the Bill 7 Award makes it easier for us to go to school and move to an area that is (hopefully) more accepting of who we are. Many LGBTQ students are ostracized from their families and have little financial resources to rely on. The Bill 7 Award provides a much-needed lifeline to many students –   supporting them as they complete their education and develop a life where they they’re free to be who they are.

Do you have a memorable Bill 7 Award moment?

The awards ceremony was incredibly inspiring, and it was humbling to be able to meet other youth like myself, and share our stories in a space where we were able to celebrate and encourage one another. Listening to the speeches from everyone, and being with a group, made the experience very empowering.

What advice would you give to LGBTQ youth at the post-secondary student stage of their life?

I would say to all LGBTQ youth: Find a community that invites you to be who you truly are – whether that community be in person, online, a small community group etc. Post-secondary life is a scary enough experience, particularly for those of us who have spent our lives closeted. The thing about university that most stuck out for me was finally being around others who shared my experiences – and where we encouraged one another to be authentic. Community support is a powerful and liberating thing.

My other piece of advice is to take care of yourself. Post-secondary is exhausting and a lot of experiences will arise which will stir up a mix of emotions. If you take care of yourself, seek support and, as I’ve mentioned before, find a community – things will be easier.

Do you have a role model you’d recommend to LGBTQ post-secondary students?

A few LGBT people have stuck with me throughout the years, one of them being Harvey Milk. Most people are familiar with Harvey’s story, including how he became the first publicly elected LGBTQ official in the United States. Harvey fought for LGBTQ rights for many years before he was assassinated, and he’s a constant reminder to us all of the power of community in promoting change.

I also recently learned of CeCe McDonald, a black trans woman in the U.S. CeCe was attacked in a hate crime – yet she went to jail, where she faced overt transphobia and racism. Instead of being held down by her experiences, CeCe has become an advocate for the trans and gender non-conforming communities. CeCe’s perseverance is a testament to the larger fight within the LGBTQ community. While we still have far to go, the changes we want to see aren’t impossible.