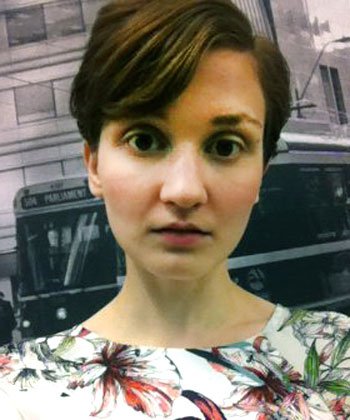 Peyton Thomas was honoured with a Bill 7 Award scholarship in the Fall of 2014. We caught up with Peyton, who, since graduating university, works on behalf of LGBTQ senior citizens and is an active volunteer in Toronto’s LGBTQ community.

It was a complete and total relief. I struggled throughout my time in school – with financial problems, with mental illness – and receiving this scholarship was one of the most single validating things that has ever happened to me.

How did winning the Bill 7 Award help you?

Like too many other LGBTQ students, I was unable to count on financial support from my family. Due to a loophole in federal student loan regulations, I was also ineligible for OSAP. I paid for virtually everything – tuition, rent and the rest – by myself. My entire college experience was a patchwork of work-study positions, part-time jobs, freelancing, and full-time jobs in summer. I still worked part-time after receiving the Bill 7 Award – and freelanced, and scrimped and saved – but I was able to take a deep breath, pay more of my bills on time, overdraw my bank account a little less, eat a little healthier. I spent less time worrying about money and more time finishing school with a bang and landing my dream job.

What have you been up to since you won the award?

I graduated from the University of Toronto with honours, double majoring in political science and sexual diversity studies. After a summer stint at the Toronto Region Board of Trade, I moved on to the Canadian Association of Retired Persons, and later the International Federation on Ageing, where I’ve focused on improving the lives of LGBTQ senior citizens. I was also fortunate to be selected as a 2016 Lambda Literary Fellow, and spent part of this past summer workshopping my first novel.

Now that you’ve received the Bill 7 Award, graduated university and launched your career, what advice would you give to younger LGBTQ youth?

I would say to them, “I promise you that your life will materially improve in ways you can’t even imagine once you’re out of school and you have a new degree of autonomy. I know that seems far away and impossible now, and it may take a long time and a lot of effort to get to a place where you feel truly, authentically happy and whole. You’re worth that time. You’re worth that effort. You will find your people, and you will find happiness. Don’t give up!”